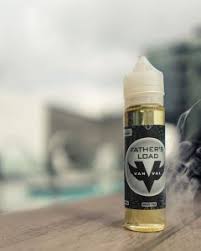 name their e-juice flavor Father’s Load, and they did.

Don’t let the name of this e-liquid fool you. Father’s Load is a creamy tobacco blend with sweet custard and hints of hazelnut. This e-juice is nothing short of ‘legendary’. If you are switching from smoking tobacco cigarettes to vaping, this is an ideal e-liquid is help you make your transition. Father’s Load is certainly an all day vape.

From the moment you open a bottle of VanVal Vapor’s Father’s Load, you can tell that you are in for a delightful vaping experience because of its rich aroma. You can smell the custard flavor with hints of tobacco. The creamy custard does not taste as strong as it smells in this blend. What’s more, the tobacco flavor in Father’s Load is very mild. You will not get any of the typical peppery taste that you will find in some other tobacco blends. The hazelnut flavor in this VanVal Vapor e-juice is very light. You will enjoy this e-liquid even if you do not like hazelnuts. The taste of Father’s Load does not change much on the inhale and exhale. You can taste the custard and tobacco flavor right from the inhale. The hazelnut flavor adds a buttery touch to the background. It shines through on the exhale. If you love tobacco flavor, then you need to try this one. It will blow you away.

Don’t hesitate to steep Father’s Load if you purchase a bottle and it doesn’t taste as it should. VanVal does not always pre-steep their e-liquids. Two weeks is sufficient time to steep this e-juice. You can tell when it has steeped because it will get a dark amber color.

Father’s Load by VanVal Vapor is a MAX VG e-liquid. It has a vegetable glycerin (VG) and propylene glycol (PG) ratio of 80/20. This e-juice is suitable for vaping from a sub ohm tank or a rebuildable dripper atomizer (RDA). You do not have to worry about coil gunk when vaping this VanVal blend. The vapor production of Father’s Load is phenomenal. You will be surrounded by big, milky clouds of vapor after each hit. This is the kind of e-liquid to grab when you want to perform cloud tricks.

Father’s Load is available with different nicotine strength levels so that everyone can enjoy the same great taste. You can get this e-juice with 0mg, 1.5mg, 3mg, 4.5mg, 6mg, 7.5mg, 9mg, 10.5mg or 12mg of nicotine. The throat hit that you will get from this e-liquid depends on the nicotine level that you select. Low nicotine levels will give you a weak throat hit, while high nicotine levels will give you a strong throat hit. Most vapers can get a satisfactory throat hit from 6mg of nicotine or less. However, if you are a heavy smoker, you more than likely will need a higher nicotine concentration. 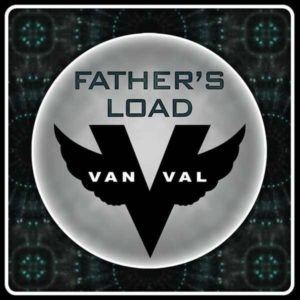 Father’s Load comes with the same packaging design that VanVal Vapor uses for all their e-liquids. The e-juice comes in a gorilla unicorn bottle. There is a black label on the bottle which features the VanVal Vapor logo. It also contains some information about the product. You will not have any problems filling a tank or dripping on coils directly from the bottle. VanVal recommends snipping the top of the bottle sprout off to increase the juice flow and prevent the top from popping off because you apply too much pressure when filling a tank or dripping.

VanVal Vapor is an e-juice maker in Montana that stands for premium e-liquids at a low price. All VanVal e-liquids are made with pharmaceutical grade ingredients and NicSelect Nicotine. However, they are sold at a very affordable rate. Father’s Load is one of seven e-juice flavors in VanVal Vapor’s 7 Chakras line. The company also has another e-juice series named August 8th as well as a mod called the Chakra Mod.